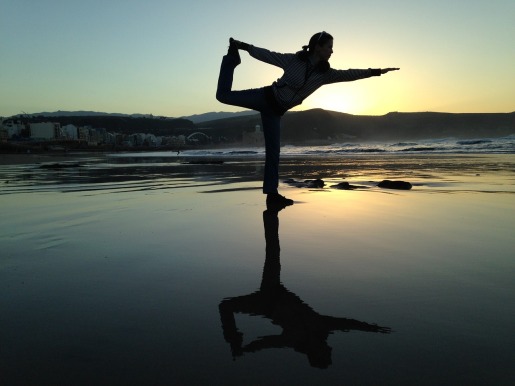 Way, way back when I was in college, I applied for a job at a community center called The Black Child and Family Institute. The interview was tough and I was sure after I left that they hated me. Then a couple of weeks went by and I didn’t hear anything. I was young and not as well-versed in rejection as I am now, so I obsessed about it. I was sure they didn’t hire me because I was white, and I was okay with that because, I told myself, maybe there was a time when I did get an opportunity because I was white, but then they did call and I did get the job.

I taught a pre-kindergarten summer school program for 6 weeks. All but two of the students in my class were Black and about 95% of the staff at the center was Black as well. This was the first time in my entire life that I was aware of my race every single day. If someone didn’t smile back in the hall, I wondered if it was because I was white. If my idea was shut down in a staff meeting, I wondered if it was because I was white. And I didn’t wonder this because I thought my co-workers were racist, I wondered this because I was worried I didn’t belong there. This was a Black advocacy center and did a lot of outreach in the community. I wondered, every day, if my co-workers wondered why the hell I was there. I wondered, every day, if a member of the Black community should have gotten this job, not me. I wondered if the teachers were disappointed that their kids had, yet again, a white teacher. I enjoyed my time there and never had any negative moments with staff or parents, but I felt anxious a lot of the time. I wondered if everyone else noticed that I was white and I was conscious of my whiteness all the time.

During my next semester at school I was in an education class and we were discussing issues of race and equality in the classroom. One of my white classmates said, “We’ve come so far, I just can’t imagine that racism is still a factor in this country.” And one of my Black colleagues said that, as a Black woman, she thinks about race all the time. If a waiter is rude to her at a restaurant, she wonders if it’s because she’s Black. She feels obligated to tip well so that restaurants don’t make assumptions about her race. She feels like she can’t afford a bad day or a rude moment in public because others may make generalizations about her race. When professors don’t call on her in class or value her contributions, she wonders if it is because of her race.

For a tiny moment, I understood her. However, I had ONE six-week experience where I felt this way and she has felt this way, possibly, her entire life. I could have exited my experience if I felt too uncomfortable, and her experience was HER LIFE. I was in college and able to understand and deal with my feelings, but she had, no doubt, experienced these feelings as a child maybe, or a pre-teen, and certainly as a teenager.

So I really didn’t understand. Sure I could sympathize, but I could not in any way assume that I understood her life or that we were equals in this manner.

This experience has shaped me in so many ways throughout my life.  If nothing else, it has helped me to remember that my world view is, yes a collection of my experiences and values, but also viewed through a lens very specific to me. My lens is white, female, heterosexual, and affluent, and no matter how I try, I simply cannot truly see through any other lens. Yes, I can sympathize with the stories and experiences of others, but I can’t really see through their lens.

Somehow, in my old age, I became complacent in my own lens. I was a fairly vocal feminist in college (who wasn’t?), but now I’m old and busy and have found new battles to fight. Things aren’t really that bad for women. Sure, we don’t get paid the same as men and, sure, I get mansplained pretty much weekly, but it’s not like innocent women are being shot in the street for simply trying to get into their own cars after dark, ahem.

Then, Saturday, the Women’s March happened and it was so inspiring. Courtesy of Pantsuit Nation my Facebook feed was literally filled with images of marches from all around the world. Many of my friends marched and the signs, and hats, and smiles were contagious and inspiring. I’m sure there were nasty ones, but most of the messages that were being shared were positive, pro-woman, and up-lifting. It was nice to be a feminist again. It was nice to remember those feminist lit classes I took and to feel, for one day, that my Facebook feed was all about the contributions MY gender had made on the world.

But Sunday I woke up to a much different world. Sunday I woke up to anti-march rants. I read through many Facebook conversations and participated in a few and some of the ones I read were so nasty and so disgusting. The things people were saying about the marchers, to the marchers and one complete stranger even felt the need to message me with an incredibly offensive rant. By Sunday evening I felt sad and angry and generally beaten down.

Saturday’s march resulted in no violence, no arrests, and, sadly, little media coverage. How could all of these people (both men and women) feel so threatened and angered by such a peaceful event?

Sunday evening I tearfully told my husband that I was embarrassed that I had let myself live in such a world of complacency. Simply the message was “respect us and treat us as equals” and the response was one of violent hatred. And this was the second moment in my life when I had a glimmer of what it might feel like to wake up, gay, the morning after the Supreme Court has legalized gay marriage. A thing that should be beautiful and celebrated, overshadowed by hate and fear. Or what it might be like to wake up Black the morning after a police shooting, an incident that should be met with sorrow and unity, but is instead met with finger-pointing and blame. Or what it felt like to be Muslim the morning after the Orlando shooting.

Let’s be honest. It might feel this way most mornings to wake up as a person of color of a member of the LGBTQ community. Maybe not, I wouldn’t know because that’s not the lens through which I view the world. But here’s what I do know: it feels like crap and if any of my friends or family wake up and feel this way on ANY day of the year, that’s not okay.

I haven’t seen the world through anyone else’s lens, so I cannot and will not pretend or assume I know what anyone else’s life is like. However, when any institution or person tries to speak or decide on behalf of another group, I can and will speak up. Many will view this as “negative” or label this action as “furthering this nation’s divide,” but I believe that it is the only way to help heal the divide. I might be wrong, after all, I can only understand things through my own lens, but on this topic, I’m willing to take the gamble.